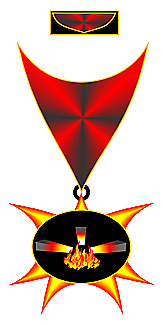 This is an excellent battle. I don't understand why it got so many negative reviews? Funny thing is, I was going to skip it when I read the reviews on the top and then I saw Beef's review, whom is one of the few guys who knows how to make proper battles, singing its praises, which prompted me to fly it. I recommend reading the briefing, debriefing and inflight messages as it adds a bit to the experience (and coming from a fellow mission maker, it takes effort to put together a good briefing and debriefing). I recommend flying it. Its difficulty on hard is moderate, so it's not too hard and the setup is excellent.

Any chance this battle has of being 'decent' was completely and utterly obliterated by the 3rd mission. While I do like the occasional mission that requires you to blast a number of rebel starfighters, this is nuts. Even on easy, you are faced with having to destroy endless waves of fighters (63 to be killed before you win), and that goes up to T/As and T/Ds.
To be fair, missions 1 and 2 were good enough to not make this a 0.

I to must agree with Beef on this one. The plot was great, especially because of the "mistake" that you do. It shows that people (even your pilot) is not the greatest, most flawless person ever! Kawalski whould get "The Medal of Reality" if such existed. For whoever it was who gave this battle a 0 must be horribly misled to believe that it is the creators fault!

I'm going to agree with MAJ Beef on this one... It was a good battle. Quite challenging but not impossible. Mission 3 did have alot of waves but the only annoying part of it is the fact that these are mainly made up of "easy to blow up" craft. The fact that you get T/A's and T/D after you just makes it more challenging and exciting. The story and the plotline are excellent and in my book flying a battle with such a good plotline is a bonus any day.

This was a very good battle, not GREAT or PERFECT, but quite good. What's all this "one of the worst battles I've ever flown" nonsense?!? For starters, the officer is NOT blaming you for what the mission creator did wrong. It's what you did as a pilot. Think about it, you don't pop out of exsistance when you're not actually flying. As the mission commander, you set up the hyperspace route. The mission creator started you out 15 klicks (not 30) away because the Imperial pilot you are representing made a mistake. Which leads to the next point: it makes sense for them to be angry at you. A failure isn't something you should get promoted for. This is all part of what is called a PLOT or STORYLINE and makes the battle interesting. Instead of the usual "the player-saved-the-day," we've got something more interesting: "the-player-messed-up-and-now-he's-going-to-fix-it." The creator didn't make a mistake in this aspect. He did exactly what he had in mind and wrote logical reactions for the officer. The briefing maps were not only excellent and professional looking, but they WERE acurate. They didn't say something completly opposite of what would happen. I don't know what the person who gave this a "zero" is talking about! But even if the briefings were wrong, you can't expect them to know every thing anyway. We're supposed to be using our imaginations and pretending this is real. Now, mission 3 DID have FAR too many enemy waves. If not for that, this battles would have gotten a "five" from me. Don't get me wrong, though. Mission 3 wasn't terrible, simply too many ships at the end. The beginning was fine. My wingmen (and other Imperials) easily survived all the way through. In fact, I was never overwhelmed in the whole battle. Actually, when you come right down to it, even though mission 3 dragged because of too many waves, it still had only a fraction of the waves some of the REALLY terrible battles have. Frankly, I enjoyed even mission three. Now, about having to shoot down T/As and T/Ds: "Oh no! A level playing field! Run for your lives!" (That would be sarcasm there). Flying a T/A yourself, you can easily massacre anything the Rebels have because some fool at LucasArts decided the Imps should have near invicable TIEs. The only way to get any challenge while flying a T/A or T/D is to fight OTHER T/As or T/Ds and you get that challenge in this battle. Finally, I'm going to move away from that small blot (mission 3) on this battle and tell you that the other three missions are excellent. They are complex and not overly difficult. The plot is even progressed in some of them. I must recommend this battle. (Sorry for the long post, but I had a lot to say).

While the designer/builder may have been trying to make something that could possibly happen in the Star Wars universe, frankly this is one of the worst battles I've ever flown (and I've flown many of the EH's worst!). Briefings are just that; they brief you on what WILL happen, or what you think will happen anyway. You don't say some things in a briefing then totally change the mission and put the player craft 30k (whatever) from the action. That happened in mission 1, and it's over before you even get within missile range. And the plot itself isn't the only problem. Frankly, the whole mission has a negative atitude, constantly blaming the player for something the mission designer did. This battle has some unoriginal moments, to be sure, but may have reached an all-time high for "The Empire's Worst Throw-The-World-and-Everything-You-Have-and-arm-it-with-Advanced-missiles-and-send-it-at-the-single-player's-craft Mission" Frankly, mission 3 is the epitome of all sucky-ness. Hardly any of your wingmen survive to be useful (they must be on rookie AI). Why place Ace level A-wings with advanced missiles withing 2k of startup? That's just dumb. Frankly, the number of incoming fighters is positively absurd! However, there were a very good number of bombers, since the main target was the base, but there were still too many fighters. And, after all of the REBELs are gone, they bring in IMPERIALs! This designer was trying to make this mission all but impossible. 1 T/A (player) vs. 6 Ace "New Republic T/As" (yeah... right...) with advanced missiles (and 2 waves)... And, to top it off, 6 T/D's with advanced missiles against that same (by now probably damaged and out of warheads) player's T/A. That is one example of the absence of reason or logic in this battle, and I shun it with all my might. I would never assign this for my squadron, nor would I order any of my men to fly it.