Star Wars: Visions Volume 2 begins streaming May 4th on Disney+ , featuring nine new animated shorts from nine studios from across the globe. Celebrate Star Wars day with us as we discuss the newest show on our Discord in the tv-movies-and-more forum! 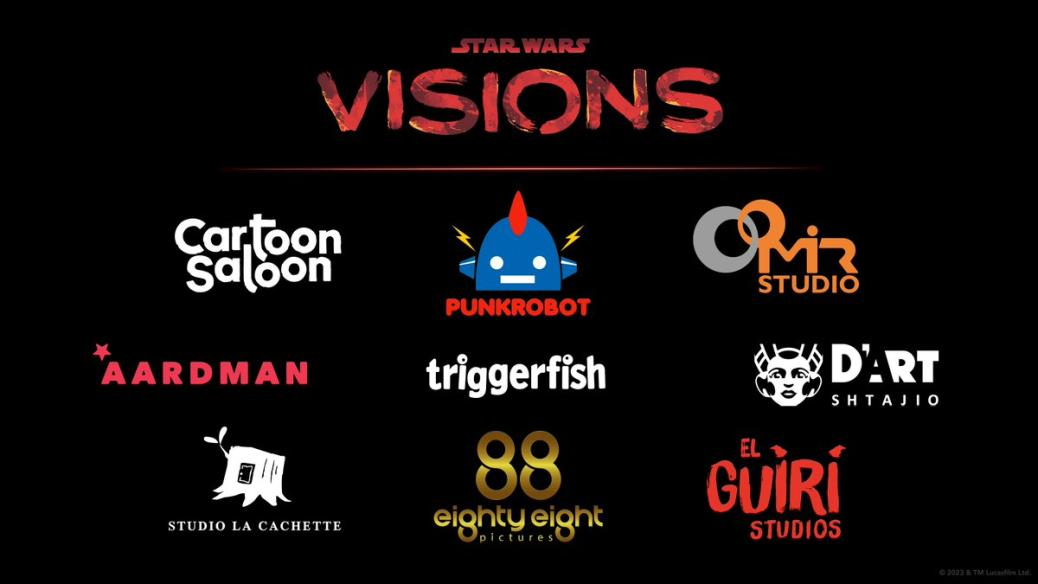 For earning a first set of Legions of Combat, SL SirPants of Delta Squadron has been promoted to full Lieutenant.

Eagle Squadron, the TIE Corps' only X-Wing unit, is in need of a new CMDR. If you are interested in the position please drop me a email or a DM on Discord and we can discuss the position and it's requirements.

Successful candidates will need to have complete Squadron Management 5, which can be accessed here: https://tc.emperorshammer.org/university.php?id=204

CPT Jaxx "Hijacker" Nassin has been appointed to the Squadron Executive Officer (SQXO) position in Firebird Squadron. Good luck in your new role!

In the past six months, Wolve has claimed 307 victories in space (LoC) and has survived 374 skirmishes (LoS).
In addition, he has flown thousands, that's right, thousands of missions (SP) for Lambda Squadron, claiming first place for the annual TIE Corps SP Killboards. He has been invaluable in his contribution to our TCIB, Squadron Remob, Imperial Storm and RtF efforts throughout the year.

Furthermore, he oversaw the commissioning of the Hammer Portrait that was prepared by Newt.
He often gives colour to our discord with his humour and is responsible for keeping the Wookiee Pens clean as he tirelessly vacuums the entire Lambda quarters with his Henry Dyson 2000 vacuum.

For that and a lot more, I recommend Wolve Excelsior Berkana for the rank of Captain!

[Dax's XvT Ladder Tournament](https://tc.emperorshammer.org/combat.php?id=203 has been announced, a chance to defeat the treacherous Rebel Alliance once again as we did decades ago. Follow the link to the Combat Event for more details. For the Empire!

General Jarek La'an will be stepping down from Epsilon CMDR shortly, as mentioned in my previous report. I have had a few pilots ask about the position, however I'd like to take this opportunity to extend the application process up until the end of January (31st).

If you are interested in the position please drop me a email or a DM on Discord and we can have a chat about the position and it's requirements. The successful candidate will need to complete SM/5 (either previously or ASAP) which can be accessed here: https://tc.emperorshammer.org/university.php?id=204

LT Blaster72 has been an ever present member of the TC kill boards since he joined Gamma. He has flown over 400 Legions since he joined in October and has earned himself a number of Silver Stars. He is always around and has taken the time to recruit for the TC too! I am pleased to recommend he be promoted to Lieutenant Commander!

For earning a first set of Legions of Skirmish, SL SithRui of Sin Squadron has been promoted to full Lieutenant.

For earning a first set of Legions of Combat SL Solace of Sigma Squadron has been promoted to full Lieutenant.

For earning their first Legion of Combat SL Wett of Firebird Squadron has been promoted to full Lieutenant.

Battlestats is hosting another Week of War, where clubs will play each other in 1v1 through 5v5 dogfights in Star Wars Squadrons. All pilots are encouraged to play, whether casual or competitive! This round will go from February 3 - 12.

All matches are to be organized at the BSC Discord server.

The top four pilots (by rating) who play at least 10 games for the EH club in BSC will earn an IS-GW, IS-SW, IS-BW, and IS-CW, respectively. Pilots with at least 10 wins will also earn an ORA. A DFC will be granted instead of an IS-GW for the top pilot if they have at least 3 more wins than losses.

Rules and matches can be found in the BSC Discord server.

To tide you over for a bit of TFTC content, Angel has posted some alpha gameplay video of TFTC B9M2 (Reimagined) for your viewing pleasure:

"Its been a while since the last TFTC update but the work does indeed continue! Today I decided to upload an alpha version gameplay video of B9M2 Reimagined where you assault and capture Zaarin's TIE Defender base that was established back in Battle 6." 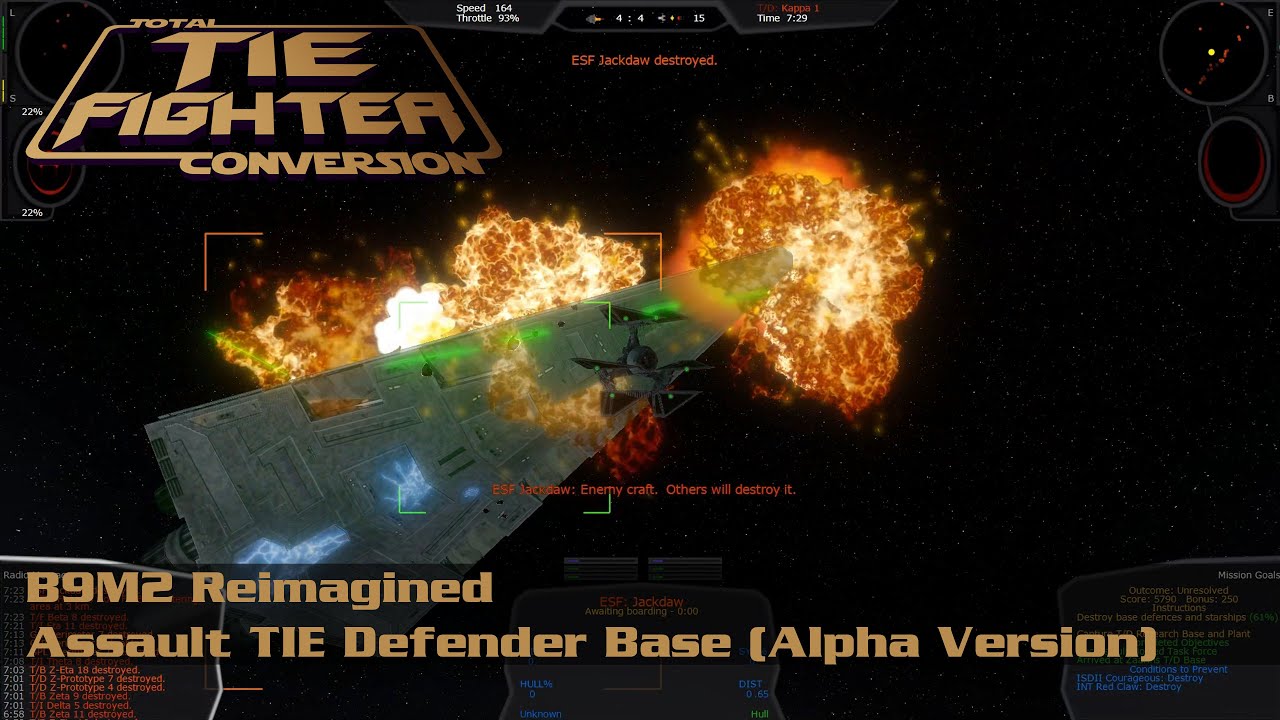 Bonebolt has been with us in the TIE Corps for roughly 2 months and has accomplished a great deal within not only Thunder Squadron, but with the Imperial University. He has also taken up the mantle of Thunder's SQXO and continues to impress with his academic advancements while working to upkeep the squadrons wiki pages (and helping create personal pilot pages) as well as take up professorship for 2 courses in the IU. Such dedication should not go unnoticed, therefore I am recommending LT Bonebolt to the rank of Lieutenant Commander.

Over the past 9 months, LCM LQC-75-3 has played a pivotal role in Inferno - from Flight Leader to stepping in to run the Squadron with a whopping 96 SP missions and 87 LoCs during this time! We are proud to have him represent us here in Raven Squadron, and it is my deep honour to recommend his promotion to CM. Congratulations Pilot - I look forward to serving with you going forward.

The Training Office is proud to announce the release of a new feature of the Imperial University – Qualifications. Similar to real-life degrees, qualifications will allow pilots to be recognized for their completion of a specific set of courses within a specific discipline. The following qualifications are currently available, but we will be adding more in the coming weeks and months:

These are the first of many, with the Training Office already working on a number of other subjects and on a higher level of qualification that will cover broader subject areas and signify true mastery of their respective fields. We hope you enjoy this new addition to the Imperial University academic system!

Huge thanks for this goes out to the Internet Office Staff, especially FA Turtle Jerrar, who were instrumental in implementing our vision.

Per a request that I think was submitted by RA TheBlackxRanger though I’d believe it if others had a similar idea before, I’ve retroactively awarded titles in the database to the squadrons and ships/battlegroups that earned first place in TIE Corps in Battle starting from what I’m now calling Season One which was known at the time as TIE Corps in Battle 2019.

Season 3 of The Mandalorian returns to Disney+ on March 1st! According to Jon Favreau, this season will feature more space battles, more Mandalorians, and other surprises! Be sure to tune in and join us on discord where we will discuss the latest episodes as they air. 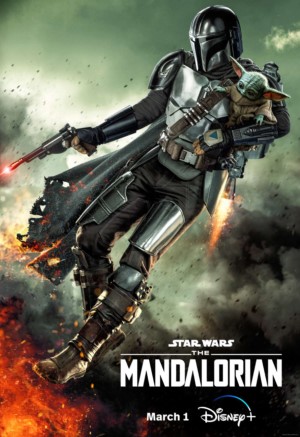 Season 3 trailer is available to watch below on Youtube! 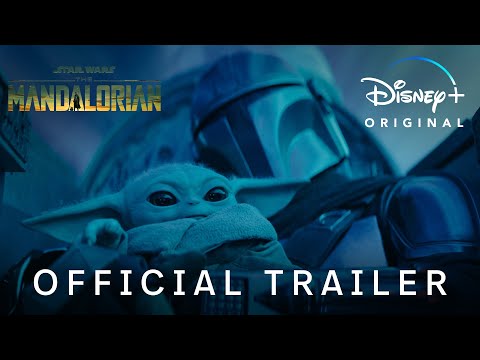 For completing the TCCORE IU course and flying the TIE-TC 157 SP battle, SL Benji Tandor of Tempest Squadron has been promoted to full Lieutenant.

With the recent refresh of the Reconnaissance Office, we were in need of a new emblem to fall in line with our Command Staff Offices. Courtesy of LC Robert Hogan, we were delivered this beauty that we are proud to display in the Recon Office! 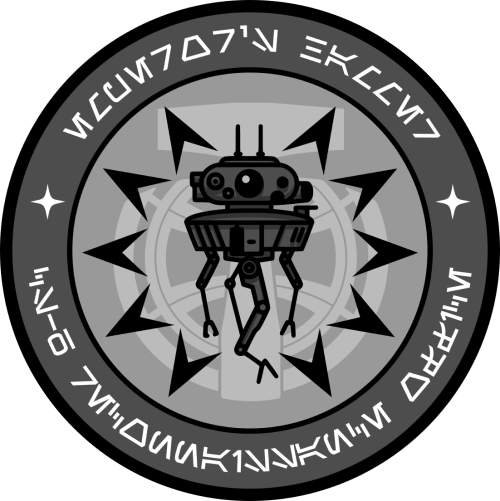 08 January, 2023 01:10
31 ABY
The TIE Fighter inspired flight sim, STAR WARS™: Squadrons is on sale through EA for the low price of $5.99 USD. If you don't have the game, be sure to grab a copy today! Available on Playstation, Xbox, and PC, STAR WARS™: Squadrons supports Gamepads, HOTAS, Mouse & Keyboard controls and is cross-play with consoles. 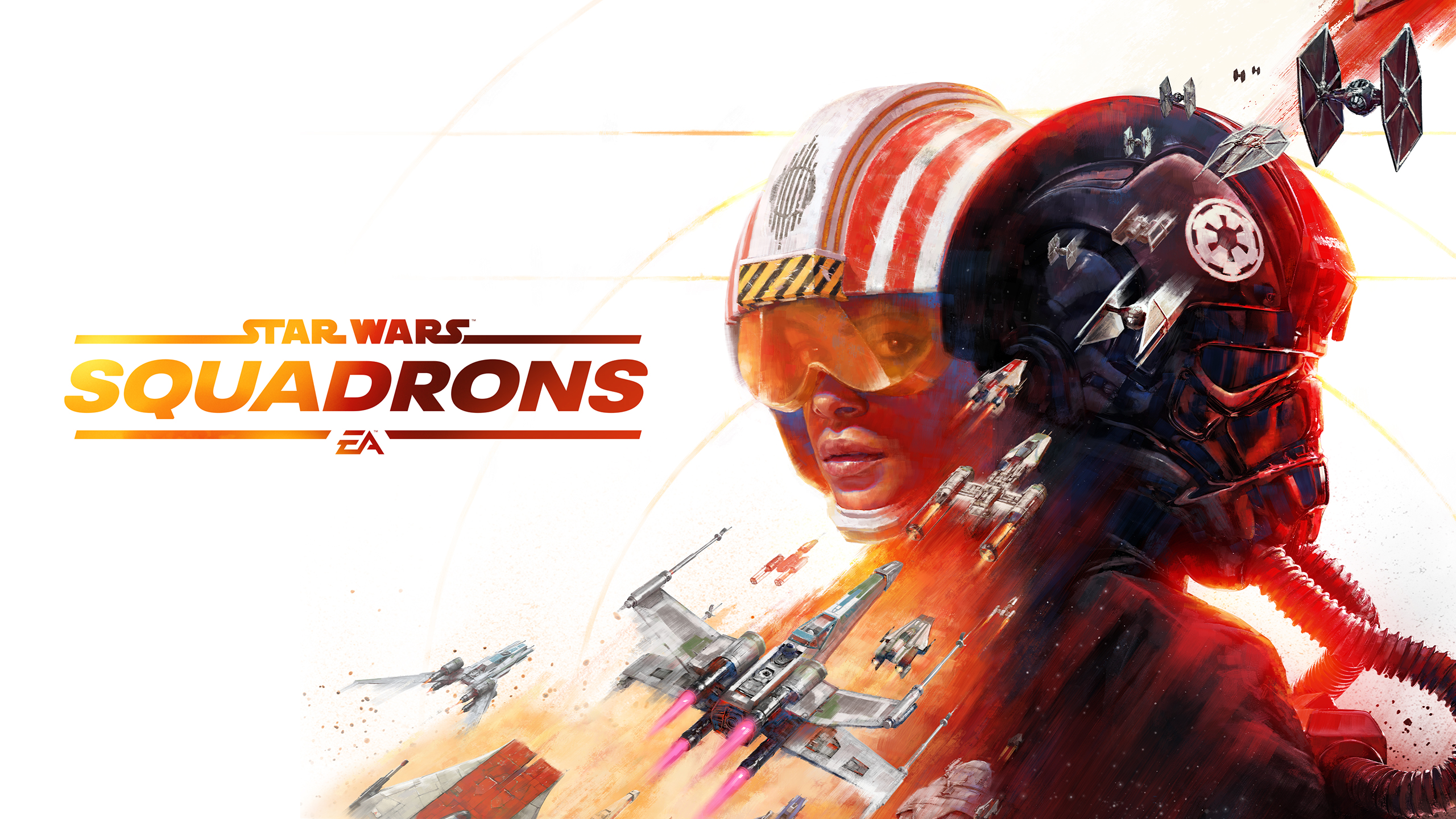 From the Commander of Lambda Squadron, GN Genie:

For allowing the Imperial Historians to detail his personnel file (INPR). Alex's future with the Emperor's Hammer definitely looks promising!