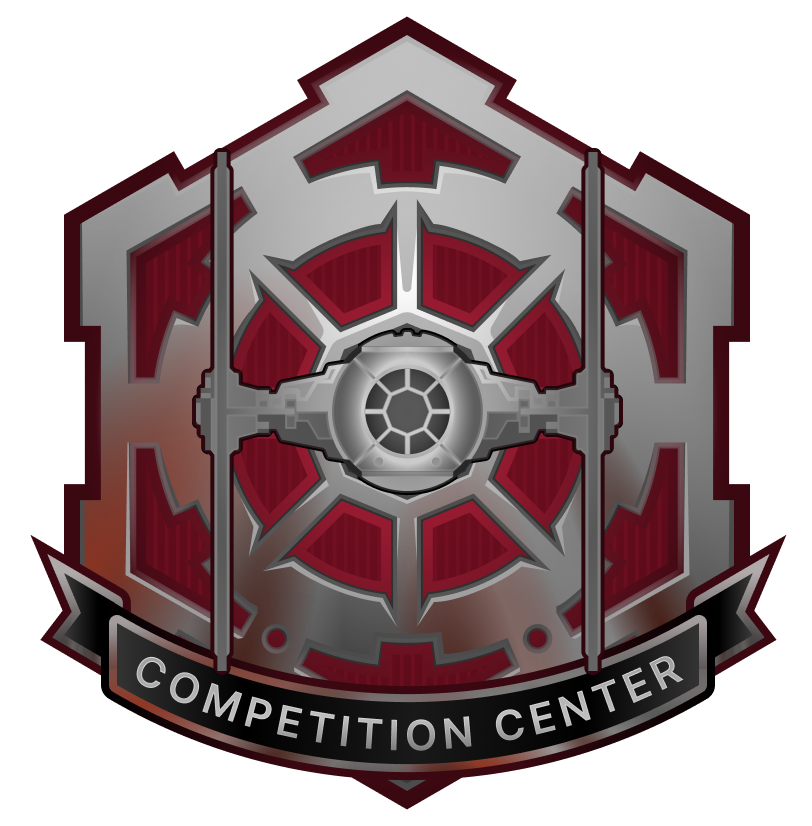 Any member may organize and submit a proposed competition through the database system. New competition requests are routed to the appropriate command officer for review and approval before being posted as an active competition in the Competition Center.

Follow this link to view all competitions that are currently active and open for participation.

Greetings Theta Pilots! It seems like it has been a while since nicknames and mottos have been updated. With the recent changes to our rosters, we are going to hold a vote for new ones that better fit out flights! Send your ideas for a nickname and/or motto for your flight to CM Lobsord via discord or email submissions to s.ord@hotmail.com. All entries will be aggregated by flight over the next three weeks and subsequently voted for one week after through your flight's discord chat.

Every fourth Sunday of the month, Sin Squadron will assemble for MP matches. The attending pilots choose which game to play from the supported MP games (e.g. XvT, XWA, SWS, BFII, SC).

Calling on all the puzzle enthusiasts in Battlegroup I!! Puzzled Pilotmania is a competition that will feature 6 timed puzzles spread over 6 weeks between now and the end of February. Each week I will post a new round to Discord and the Battlegroup I mailing list. Pilots will have 1 week to try the puzzle and send their screenshots to CPT Witchblade at sblake89@protonmail.com. Ensure the complete puzzle and time are in the screenshot. Pilots can submit multiple attempts for each round as only the fastest time will be recorded. Screenshots need to show the number of pieces from the bottom-left corner of the screen, the time shown in the middle, and the completed puzzle (basically the whole webpage). Working through the puzzle multiple times and using all the options available in the app are allowed, except one: Don't change the number of pieces from 125. Puzzles will be hosted at https://www.jigsawplanet.com

"Greetings! This is BLK PHNX otherwise known as the "Hip 'n' Happenin' Honsou!" We're live from Tuxorix Coast: After-market Starship Syndicate. We specialise in beautiful, upgradeable, template, technology services. And this is "Pimp My Ride" Elite Dangerous starship edition!!" I was taking a look through the cosmetic starship upgrade options in Elite Dangerous and got some serious "Need for Speed Underground 2" vibes. I was thinking about how to run a competition that everyone could participate in, which ruled out the cross-platform issues. I decided that a cosmetics competition whereby entries would be screenshots of your most "pimped out ride" emailed to eh.honsou@gmail.com or DM'd in Discord. "So my friends, send me holo's of your most pimped out ride and I will award the flashiest, coolest and most pimpin' entries! See you soon at the Tusorix Coast: After-market Starship Syndicate!!"

Trivia for the Hammered Season Six

Trivia for the Hammered returns with Season Six! Each week, four questions will be released via the TIE Corps timed competition system. For each question, the quickest pilot to answer correctly receives 3 points, second quickest with the correct answer gets 2 points and all other pilots with the correct answer get 1 point. After 8 weeks, points will be tallied for a final set of awards.

During 2021/2022 the crew of the Hammer developed a number of NPC (non-player characters) who occupy a plethora of positions aboard the ship. These characters can be found on the Wiki or the Hammer website: https://wiki.emperorshammer.org/Category:People_of_the_ISD_Hammer http://www.isdhammer.org/flightops.html This competition is about fleshing out one or more of these characters, feel free to pick any of them and work them into a fiction that takes place at the end of the TIE Corps‘ recent skirmish with the Ishtari around Tusorix. Pieces can be dramatic, funny, you name it and can be written from any perspective you feel comfortable with. Minimum length: 1000 words Deadline will be the end of January, after the festive season. Please send pieces to your BGCOM at phoenixberkana@gmail.com

This Life Day, while all the Challenge pilots were sleeping and dreaming of their annual bonus, LC Denys Elara disappeared with a Twi'lek massage therapist and the annual payroll. Where did she go? Did she go willingly? What does she plan to do with the money? How will the money be returned? Writing fiction of at least 1,000 and no more than 5,000 words, members of Battlegroup 3 are challenged to identify Elara's motives, and mount a rescue/capture mission. Retrieving the money is the primary objective, followed by the capture/rescue of LC Elara; we can always find more massage therapists! Entries will be judged by AD Stryker using the BG3 Fiction Rubric (to be published later). Entries should be in .PDF or .DOC format and e-mailed directly to AD Stryker at ehstryker@gmail.com

***G'Day Pilots of the TIE Corps!*** Thunder Squadron CMDR LegionX here to bring you all a marvelous opportunity! I am looking for the absolute best of the best assassins within the TC and now is the time to prove that it is YOU! The Game: **Elite Dangerous** The Mission: **Earn credits with ONLY Assassination missions, given out in Stations and Settlements** Competition Details: **-The goal is to earn as many credits as you can using only Assassination Missions given out in and Station or Settlement in the game. Rules are simple in terms of screenshot submissions: -A screenshot of the mission detail page before it's accepted -A screenshot of the mission completed page You submit the screenshots either through Discord DM to MAJ LegionX or Email him at *ehlegionx@gmail.com*. A Google sheet will be created to show and record all winnings** *Note that ANY Assassination mission is valid, Either Flight based or Ground based* Who among you all can prove to be the best assassin in the entire fleet!