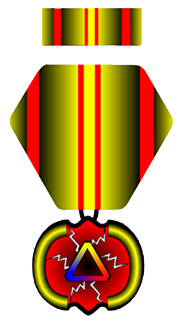 After spending a good amount of time trying to get the patches to play nice I was finally able to finish this battle. The battle themselves were fine, wave after wave of starfighters if you like doing that. But having this issue with the ship kinda soured the battle for me

One of the best quality battles I have flown to date!
Though quite long at six missions, you'll find an interesting story line focused on the accidental arrival in a new sector of space where you then proceed to capture the newly discovered area.
The mission briefings and officer text are very well made and well written and the missions themselves are challenging but also of a high quality. Flying unique and Rebel star-fighters helped to keep things fresh, though I did find the general theme to winning each mission to be the same.
The missions are very challenging on all difficulties.
An excellent battle!

A somewhat long battle. Most of the missions are the same general theme. Destroy fighters and capture a platform or starship. The plot doesn't really have much going for, mostly serving a reason to fly rebel craft. It's sometimes nonsensical too, particularly the mission with the Z-95. The missions start out somewhat complex, but get weaker and simpler as the battle progresses. They're not entirely bug free, with some potential issues with starships that might require some consideration to work around. The biggest flaws here are that the missions are just boring, and the fighters aren't really utilized to showcase their strengths and weaknesses when most of your threats have advanced missiles. It devolves into a minigame of herding the AI to deal with missile locks, which you would be doing anyway, no matter which craft you were flying.

Not much good can I say about this battle. Its one messed up battle and you have to basically hack the thing to get it to work. Make sure that you read the updated patch file to figure out to get thru mission 3. Also instructions need to be added to the readme to make sure that you turn on the rebel fly all patch with the EHBL. Did I mention that I really hate capture missions, especially every mission more or less in a battle? >:(

There's nothing you can say really good about this battle, ok story-lines a good idea, although the rest if just .....! Don't play this battle unless you really have too, and only then if someone if threatening to wired your genital's to car battery.

Annoying battle. Mission 3, you can't even play properly because you need to change the name of a file. Then when you do manage to play that mission, your craft's manoeuvrability is so crap (when you jink to the right it goes to the left) you cant even play properly. In last four missions you fly crap ships, while the enemy launch multiple waves at a time of adv concussion missiles at you. Anyway, dont fly this battle unless you really have to.

The first two missions were fun, but the rest sucked big time.

The plot is great, though the missions kinda suck. i dont fancy capture operations in every mission. plus, a lone Z-95 v. 4 A-9s w/ missiles is wrong. just wrong.

Isnt a bug but a detail
In mission 3 you must face A-9 fighters but appears T/Fs named A-9FG. This is a design bug cause before A-9 patch use T/F slot.
changing ship type by the slot 11 the mission runs as the designer wished