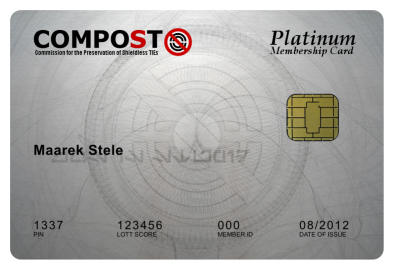 You are to participate in the 'Lord of the TIEs' competition, which will test your abilities in the classic, unshielded TIE models - Fighter, Interceptor and Bomber.

This battle was designed as a challenge for TIE Fighter veterans and is therefore quite hard; please be prepared for that or choose another battle.

This Battle is just insane and incredibly frustrating. I've never been so happy to have completed a battle. Mission 3 and 5 are just sick and I just don't know how anyone can complete on hard difficulty here. Kudos to everyone who can do it.

As for the mission design, it's just really well done and very well thought out. Someone put a lot of effort into it and that deserves all the credit.

This battle is very well written like everyone else has said, and the briefings are very fascinating. However, I'm giving it a two because I found it insanely hard. Playing on Easy I could not figure out how to get past mission 3 despite meeting the victory conditions and getting the "primary objectives have been completed message." I flew the mission about five times before frustration made me give up. I want to give this a 1, but I'm bumping it to a two because of the positive things I led with. Flying with cheats on and on Easy shouldn't still be impossible to complete with no idea why you keep failing the mission. Sorry. :(

A very tough, but in the rewarding, battle. When even Mission 1 (in shielded craft) is tough, you can see how the rest will go. Not for the faint of heart, but joining the select few in COMPOST is worth it!

Okay I have to admit I started this battle with... Reading previous comments. Despite the high ratings it got in the most recent ones, I had an impression this was just another stupidly overwhelming battle and failed to understand where the hype for it was unti... I tried it for myself! Do not get me wrong, this battle is one huge pile of frustration for every single mission up until you finally learn how that specific mission is supposed to be completed. And even then the frustration does not cease as one random laser flying through space is enough to ruin even the best of runs for you. I still am impressed on how those missions are crafted. They have very much thought given into them and surely they are possible to beat even on the hard difficulty. This battle is what triggers your learning process if only you are eager to learn and not willing to give up. I for sure brought a lot out of this one, but in all honesty I do hope I will never have to do it again. Even on easy, even with cheats enabled! I haven't flied a lot of TIE missions/battle yet but this does seem like a true pearl among them all.

The briefings have a level of crafting unheard in the whole Battle Center compendium. As someone has pointed out before it is the most frustrating battle I had the pain to fly, facing endless waves of T/Ds in an unshielded TIE Fighter, is only for those who want to bite the joystick several times in a night and go heavy on the pills. Challenge becomes a nightmare and the game seems to mock you in return.

This is a rare gem. The briefing and the missions are well-designed. Everything is controlled in a positive way, from start till end. Humour is added while also giving you tips, should you need any. In several other missions I gave a 4 or a 3 when they probably deserved a 3 or 2 respectively. This one deserves a 5. I know it is not for everyone as it is quite difficult. For those not willing to go through the pain, the easy setting offers a much ... easier experience (as it should). Fly it and enjoy both the missions and briefing. We need more missions and battles which are as well crafted as this one.
To give some examples, even the speed of the craft is cleverly manipulated to be doing exactly what it needs to be doing. I will not give any spoilers as to what each mission does, just ensure you talk to both the Cloaked figure as well as the briefing map and enjoy the ride (until you have to fly that is!). Once you feel ready, come back for more in the hard setting, whereby your armaments are limited and the opponent overwhelming! And people accused me of making hard missions!? :P Everything is intentional and well crafted and despite its difficulty, the knowledge of that gives me comfort. Try it, test yourselves (and just like Rando, at some point I tried to break the mechanics as well)

Bar none the most fantastic briefings of anything from the Battle Center, which is just the very first indicator that attention has been paid to every facet of this masterpiece. Every mission has been meticulously crafted to push the player to their limit, offering a challenge at every difficulty level whether the in-game cheats are used or not. What’s also unique about this battle is that almost every mission pits the player alone against everything else going on, there aren’t any friendlies that will accomplish the mission goals for you. Mission 1 gives you the most assistance with a number of friendly fighters on the map, but the scenario still forces the player to make the right choices in order to succeed. Mission 5 stands out as an intensely personal challenge to the player; either you’ve mastered energy management and maneuvering or you won’t make it. The final mission does a great job of putting everything together between the dogfighting, situational awareness, and problem-solving skills that the other missions tested. But I think the thing I enjoy the most about the battle is the entertaining premise and the way it’s fleshed out in the briefings, the pre-flight questions, the missions themselves, the post-flight questions, and even the Readme file. The battle isn’t just memorable for how difficult it is, it’s also a master class in storytelling and design and deserves nothing less than the highest rating.

Where to start with this ridiculously difficult, frustrating battle? It's full of gimmicks and gotchas that are absolutely designed to frustrate you. It requires memorization of what to expect, sheer repetition and perseverance until you succeed. It's clearly intended to test the limits of not just your skill, but also your patience. Especially on hard difficulty. There's even an aptly named 'Fu' squadron. Lots of time will be wasted trying and learning from your mistakes. Whether insta-failing the mission or simply killing you, your fate is already decided if you stray from the correct path. The first mission is a fairly straightforward capture operation while flying the mighty T/A, but its gotcha comes at the very end with the transports. It's not super difficult, but it's not a pleasant experience to instantly fail after sinking so much time and effort into a single attempt. The second mission is where the real gimmicks begin, and completing them requires deeper knowledge of the game mechanics and how to exploit them. The puzzles take some thinking, and the difficulty comes from both solving them, and executing them well. Unfortunately there's a lot of luck involved too. A stray laser, damaged flight controls, or extra salvo of rockets can end a mission rather quickly, through no real fault of your own. Mission 5 was personally the most difficult, and marks the first time I've ever enabled cheats just to see how the mission is supposed to unfold before attempting it for real. It demands perfect execution, and that's not an understatement. While I suppose I could've beaten it on hard after enough attempts, ultimately I ended up dropping the difficulty to easy, which I'm sure will give Tempest great pleasure to read. The final mission isn't too bad, luckily it's the one mission with a couple gimmicks that actually make it somewhat easy, even on hard. Tempest can't be fooled here, as my own clever attempts to outsmart the design often proved futile. I was even called a chicken for my efforts. Overall the puzzles are moderately satisfying, especially mission 3 which featured very clever use of warheads. But the satisfaction of completing the puzzles and finishing the battle aren't enough to outweigh the overall frustration. Getting salty only makes things worse, and the humor in the briefings wore thin as the competition ended. If rating on fun-factor alone, I would probably give it a 2. Difficulty for the sake of difficulty, gimmicks and luck-based perfection aren't my cup of tea. But it wouldn't be fair to call this a bad battle, or merely average. Everything about its design is fully intentional. It's rather well designed and clever, even the briefings and its ASCII art of the TIEs. I give it a 3.5, grudgingly rounding up to 4.

Well first incident in the short time I played the mission that I had to say is I personally do not like mines. So clearing the minefield in mission one was not the best fun I ever had but it was done well, not too aggressive but very dense. So I guess you can say it wasn't too bad in that sense with the station not shooting also. The second incident I will point out is the diversion with the transports in the beginning of mission two. Natural instinct would be to leave the escort and go save it which is the wrong thing to do. I failed twice to this. The third incident I will point out is that one unshielded, unmissled TIE escorting a large group of TIE's did not seem realistic with all the constant attacks going on. There should have been a wingman or at least some form of help. This is the type of battle I dislike. I play these for fun, not to have a horrid meat grinder so I can consider myself l33t. I will say mission two was therapeutic in a way that I will not list here.

What can I say? Among the best battles I ever played, on par with Impact! free mission, Hammer & Anvil, most of Colonel Beef's stuff and other few pieces of fine art. The plot is splendid, it's quite innovative in many ways (yes, a TIE battle which is innovative in 2012! Those LA guys never actually used the true potential of the game engine they created), it's *VERY* funny being those animated briefings the best I've ever seen (beware the adult only stuff! ;P), it involves knowing a few gimmicks of the TIE engine in order to complete it, it's completely bug free and... its best feature: it restores all glory to the shieldless TIE line where it is due! Could we actually ask for more? Sincerely, if you don't fly this one while being able to do so and/or don't like it there's something really wrong with you and you're different and strange. All your friends think LotT is great (DooM II dixit). Thank you, Lt. Colonel Tempest, you did it again you bastard! ;D

Lord of the TIEs is a magnificently crafted battle. It earns the maximum rating for the briefings alone, which have been meticulously crafted. The premise is original and entertaining. This is an extremely tough battle, but it's clear that attention has been paid to each difficulty level. It's not for the fainthearted, but I highly recommend it.

This battle has been flown by 27 pilots a total of 34 times.