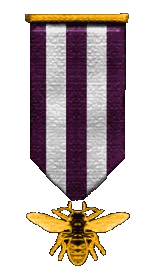 I played on Easy. These missions are decent enough, though they're extremely similar to each other. Every mission has, essentially, the same mission objectives. That said, blowing stuff up in Missile Boats is always a good time.

Solid battle. Player gets the chance to be part of one squadrons of the old glory days. The layout of the missions, the briefings and everything has been very much polished to a perfect form. Flawless. Good entertaining missions, fun to fly and realistic to what it was the Wasp Squadron. Worth flying this one, do not miss it.

Lot of fun when I played on easy, haven't tried the higher difficulties. Story was interesting enough, the four-way battle climax was entertaining.

Worth playing if only for the last mission... Some nice 4-way action there :)

A good set of missions – that never seem to completely challenge the player. This could be due to the limited use of craft, this does seem too limit the enemy forces.. This does mean the Dogfighting can be heated without becoming frantic. . Tip - Choose your craft wisely

It was good and somewhat challenging. You got to love flying the MIS in XvT...

This battle has been flown by 45 pilots a total of 52 times.