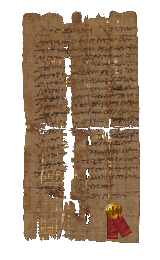 This battle shows the high level of expertise of its creator. The plotline and the briefings are extraordinary. The DGN Lichtor V looks gorgeous and so does the M/FRT Luggage. Missions unfold in a very original and surprising way. Until last mission. What a mess! Rolling and rolling to bring down the 200% shields that are thicker than a SSD. No warheads and the Luggage has a crazy level of maneuverability, that makes the TIE Praetor go pale. A monumental nonsense than ruined this beautifully crafted battle that could have turned into a masterpiece...

This battle started out great. Nice missions, no problems. And then the mission creator screwed it all over with that last one. Pitting the player against the M/FRT The Luggage isn't an issue. But not giving the player warheads to help, and that idiotic time limit make the mission nothing short of frustrating.

I don't enjoy flying the TIE Praetor, but it was cool to see the Luggage and Lichtor V used in a mission. Per Ender's usual autobiographical missions, there was humor and hijinks to be found.

This battle has been flown by 17 pilots a total of 22 times.