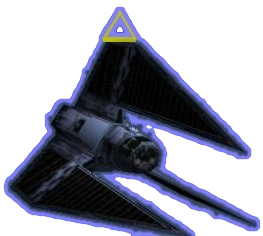 Story is well outlined and carried through. The terrible thing is the cockpit, you can't see a thing in this MIllenium Falcon kinda layout. Besides that one has to be very careful about who does what or there will be a lot of replaying in every mission. The difficulty is enough to get anyone on its toes and fingers.Final note is for the infatuation of the creator with missiles. It tends to get a bit... Excessive at least.

I HATE flying transports! And TIE Phantom is not my craft of choice with its ridicule laser cannons with almost no energy and the accursed "Icantseemydamnednose" cockpit. And maybe it's more easier on Hard than it should be... Err... hmpff... Ok, the battle is *EXCELLENT*, the plot quite interesting and well planned, the fun unavoidable and it deserves a 5, OK?!! :P

Definitely one of Dempsey's better battles.

I must say that this was a great battle, lots of rebels and unexpected fighting ... i loved how AD Dempsey follow the story line :D Great work !!!

This battle has been flown by 26 pilots a total of 31 times.