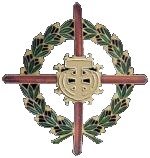 REally cool missions where you have to destroy a bunch of different cargo at first and then in the final mission you have to capture a Frigate. Don't forget in the final mission that you have to also capture the transport. It doesn't specify it specifically in the objectives but that's why there is a percentage bar in the goals. Enjoyable missions, some quite long, but definitely better than some boring missions and you get to fly the Missile Boat.

The briefing is well-made with a solid storyline of working your way towards capturing a frigate for intel information. It's a solid battle, one of Ender's hits. I recommend giving it a go.

A solid battle which remembers the great deeds of Wing VIII. The plotline is simple but decent and the missions unfold in a very challenging way with lots of roles for all kinds of players. The dogfighting will be unforgiving and brutal at times, but overall a great battle. It would have been even better if the pilot had any chance to choose freely the pertinent loadouts which can be become a bit insufficient since the MIS will never carry a full-load, therefore crippling the game experience and motive of flying the Überbomber. But, I am also far from impartial, since I am featuring in one of the missions, my beloved Eta Squadron and the shiny old glory of days gone by. A classic to be flown and never forgotten. Wing VIII. The Colossus.

I suppose this one is fairly okay. It's clearly an XvT design (which is likey good in this case!), though I'm not a fan of missions with waves of crafts. Even if they aren't overdone. The plot is relatively solid though all in all I find that there's way too much effort involved in capturing a frigate. Maybe if it was for a MonCal instead. I noticed there's a small issue with the Missile Boat (though I believe it's more a problem with the EH Ship Patch than this battle). Whenever you empty your primary warhead bank (torps) you are unable to switch into your secondary bank even if you have all of the missiles left. Keep in mind to leave at least 1 torp then just fire all the missiles. Otherwise it won't be efficient enough. It's an okay one to fly.

Wonderful mission. Very enjoyable. It sometimes gets too hard, but not hard enough to become frustrating. An example of excellent mission designing. I don't give it a 5 because I'm completely against any "protect squadron" objectives. They're there to fight, and they don't leave when they complete their objective. They must do their own work.

Not a bad battle Enderboi, and is at a good difficulty level....proof is in the fact I have HS's for it :P

Battle requires EHSP for XvT, but this is not stated on the mission compendium.

This battle has been flown by 64 pilots a total of 73 times.