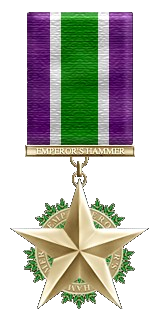 One of the toughest battles out there. On one side, it has massive epic dogfights and very difficult missions, then some missions are easy but long, repetitive and tedious, and finally there are some that are just... Crazy. Picture this, in some mission I shot down 100 enemy fighters and there were more coming at me! and the target eventually got away. Then some assignments are supposed to be about space superiority but end up being bombing runs armed with missiles. And last but not least, you will have to endure a couple of missions in alphabet fighters, even flying in a Y-W!. I really admire my fellow brethren in the IW. Flying those coffins requires skills, guts and total disregard for their own lives. The battle plotline jumps from one point to another like different stories, without much of a strong thread, but features Dempsey profusely, and makes sense since she is the creator. The briefings are correct and the technical level overall is well curated. Just a couple of missions are close to be bug labelled but with some wit, any common pilot can finish it. A monumental effort that will leave every pilot exhausted and not willing to fly it again. Like having your Wisdom Tooth removed. Expect sore thumbs and frustration all those who enter this one.

Wow. I mean..what else can I say. A 19 mission battle is a tough slog, especially if you are sitting down to fly it all in one sitting! I found the story line to jump around a bit. A tad confusing at times. With that being said I didn't encounter any bugs and the missions seemed well put together. No bugs to report.

I really liked the idea of a nice long campaign, that would flow and keep me entertained for a few hours. Unfortunately, I got half way through and couldn't continue because one mission is bugged and seemingly not something one can complete - what irks me is that this bug was identified five years ago by the creator and not rectified... If not for this and other smaller concerns, this would've earned a 5. Sadly, it's languishing at 3.

This battle really highlights the expanded craft limits and game engine in XWA. The giant wall of starfighters coming at you (multiple times!) is pretty epic, and is probably the closest I’ve seen the game demonstrate in comparison to the movies. This is a long battle, but you know that going into it, and I think Dempsey’s done a great job of mixing things up and tying everything together with a consistent story line. Some pros: (1) Epic battles as previously mentioned, including a number of battles where your capital ships get into the mix; they’re not just plodding along dumbly. (2) From a story aspect, after a set of missions your character becomes a pilot on different ship. All of the missions follow a related story arc, but the shifting missions allow you to participate in the overall campaign from multiple perspectives, and gives you a chance to fly a wide variety of ships. (3) There are a couple of ‘slow’ missions where not a lot goes on; some people might consider these filler, but I rather liked the change of pace which contributed to a good level of unpredictability. Cons: Overall, I found the missions engaging enough not to nitpick any small faults. Note: the battle uses the Missile Boat and Assault Gunboat, and requires the S-foils patch in order to fire lasers on these craft. (I didn’t figure this out until after the fact, and the escape pod mission with no lasers, only missiles, was a giant pain).

Now I like a long battle as much as the next man, but this was a bit too much. Several missions just seemed repetitive, and some of the wait times before something happened were very tedious...

Having said that, I applaud the effort behind this monumental undertaking, some of the dogfights can only be described as epic.

Mission 11: CARGs do not drop cargo containers (identified by author 5 years ago and not fixed?) necessitating their destruction to allow cargo to be collected, and VSD Sinister does not jump to second region so mission cannot be completed.

can't reproduce Durron's error on M3. Mission with the Sinister: those CARG were a nice idea but need to go, they won't properly release the CN

Mission 4: Calling for reinforcements doesn't work. Destroying freighters that are designated for capture does not trigger mission failure.

Mission 5: ISDII Challenge leaves before enemy opposition is eliminated or the SSD Avenger has escaped.

Mission 16: T/A Thunderbolt (if called for reinforcements) attack the tracker pods instead of protecting them. Message about the ISD Skilosh escaping appears even if it has been destroyed.

Mission 17: Return hyperbuoy at Saumhain is very close to a shipyard, and the player craft enters facing the structure necessitating a very swift turn to avoid collision.

Mission 18: ISD Kawolski is referred to as the Mausoleum in one in-flight message but Kawolski everywhere else including the briefing.

This battle has been flown by 24 pilots a total of 31 times.