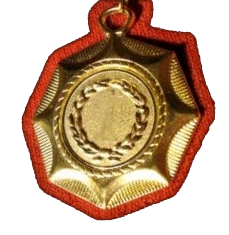 Most boredom I've had in years. Where to begin! Not an ion or warhead in sight. Makes your opponents look like they're stronger than the empire on a consistent basis. Why do these T-wings have missiles and I can't? The goals aren't clear, you end up waiting for ships to hyper out for minutes and minutes or for a 5 minute docking operation. Not to mention the extra squeeze time it takes for a CRV to dock to an ISD. The orders most of the friendly cap ships have are questionable...and sending waves of 6 Y-wings armed with heavy rockets after a shieldless ISD that doesn't shoot back, while you're in a TIE Fighter. Classy. All the worst missions involved shooting down rockets. I also didn't get all the Harkov and Thrawn business. This battle feels like it was made prior to the creator joining the EH and then just adapted a little bit.

In my opinion, this battle is a true gem in the battle compendium. Great story with nice developments, and those intense canonic Imperial Navy fights... No superfighters, no expensive war material, just standing toe-to-toe with your opponents, with little margin for error, where a timely turn and hitting warheads in time might be the decisive factor.
I especially liked the "transfer" mission, where you are too far to be there at the start of the mission, and all you can do is turn up your engines and run towards your mothership, view from distance as the intense fight unfolds, then roar into the middle and turn the tides to your favor!
Truly excellent piece of work, deserves nothing less than my highest praise and congratulations!

This is a good battle, although I found some bugs and glitches while playing it - they are mostly fixed now, though. It was nice to play some TI missions again. The reason why I only give a 3 is that, although most missions are entertaining and fun, they are also very repetitive. It's always about stopping a couple of Y-Wings from shooting the crap out of a mission critical craft while at the same time dogfighting a bunch of TWs, Z-95s and R-41s. So there wasn't anything new in this battle and I ask myself why it has 11 missions... 5 or 6 would have done, the rest is redundant. As to technical flaws, I have to rant about the constantly bad word wrapping in the briefing officer questions and the mission critical ATR in mission 8 that only arrives when you call for reinforcements - neither briefing nor ingame messages inform you about that, so I needed some time to figure it out.

Superb battle. Doesn't deserve a 5 because of a couple of annoying missions, especially mission 6.

An otherwise good battle marred by the infinitely frustrating mission 6.

Excellent battle... most excellent... feeling like flying classic TFs and TIs free from paper-thin crap-shields? TFs and TIs!! I LOVE this battle! And as if it wouldn't be enough the plot is very interesting, the missions (up to 11 for the sakes of FCHG fun) well constructed and bug free and even challenging, something not very easy to see in these "designing dark times". So in the end I give this little jewel a 4 and a valium to Dempsey for having to wait MONTHS to see it released. ;D

This battle has been flown by 26 pilots a total of 36 times.