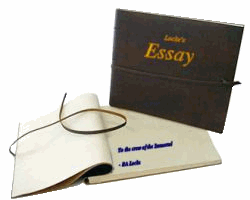 Nothing out of the ordinary, but then again, a decent battle. The missions are a bit unconnected to a solid plotline, and consist mostly of trying out the T/e1 and the Toscan Fighter. Some inspection, some protection and eventually a little bombing run, is all you get in this easy and quick battle. Worth a try for some simple 4 points.

As the battle creator Ender mBind explained in his review, this is intended to be an easy battle with 10-minute missions. The battle seemed like nothing more than a reason to try out new craft (see the required patches), and I see nothing wrong with that.

Some people may move away from this battle because of the patches, but they won't know what they're missing. This is a good battle and the ships make it very interesting. Flying the Tie Experimental Mk.1 is really fun, with the heavy lasers, high maneuverability, but light hull. Definitely my new favorite fighter. My only complaint is the use of the Toscan Fighter in the last mission, because it's not suitable for dogfights, due to the faulty laser convergence.

I don't regulary review my own work, and certainly not with such a high rating, but I would like to point out that none of my battles are supposed to be easy 10 minute missions on Hard. If you suck as a pilot, there's no need to blame the battle - just fly it on an easier level. :P

Do NOT try to fly this mission if you don't want to lose your nerves and wreck your psychic health! I have been trying to complete the third mission for about ten times, three times I've been shot down, one time I lost the Revenger and for the rest of them I lost because stupid TIE Fighter which I had to protect flew stright into Mon Cal's laser fire!

Mission 3: On Easy difficulty, the restrictive arrival conditions for GUN Ranger make it near impossible to destroy the M/SC before it flees.

This battle has been flown by 39 pilots a total of 47 times.