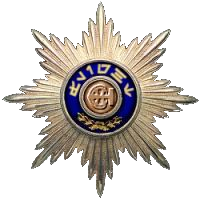 Battle Medal:
Flight of the Intruder

Currently mission 2 is flawed, having been swapped with that of XW-TC 6. BSFs for this battle will not be approved until this error is remedied. File remains available for members to compare to any backups so we may restore the battle without rewriting the affected mission.

Missions 1-3 were straightforward. Then you get to mission 4 and it throws you for a loop and it requires you to actually defend your wing mates or face losing the mission. I rate this battle a little higher than otherwise would have due to the increased difficulty with the final mission.

That's the first battle in XW-TC series that puts you in something else than an X-Wing! You get to fly an A-Wing and B-Wing for one mission each, cheers! Sadly this battle can be counted only to have three missions as stated four since one of them is duped from previous battle (see bug report). Otherwise the missions seem quite various and enjoyable to fly. Would probably give it a 5 if not for the mission 2 duplicate. Still quite worth it!

It appears a mistake was made when preparing this battle. Mission 2 is identical to that of XW-TC 6 battle. It features you in an X-Wing of Avenger squadron while this battle's plot is about Intruder.

This battle has been flown by 19 pilots a total of 19 times.